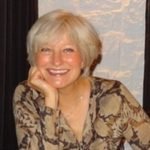 “What service?” one of my expat clients responded when I asked her opinion on the general level of service in Holland, “I have not experienced any service whatsoever.” Shamefully, I have to admit I tend to 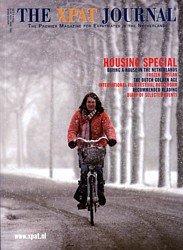 agree with her. How often have I sat in restaurants, desperately trying to catch the waiter’s eye waiting for the bill or another drink?

“Great country… lousy service!” was the comment of an American expat when I asked him about living in the Netherlands. Expats usually love Holland; the beautiful countryside with its stunning skies, the beaches, the canals, the cycling tracks, and the public transportation, which is always on time. They also appreciate the quality of life the Dutch pursue – until they realize that this attitude has a flip side. That there is a total lack of service towards the client if this quality of life is being threatened. Have you ever tried asking a Dutch person for any type of service during their lunch break, at the end of a working day or during the weekend? I dare you to give it a try. If you succeed, then you may consider yourself both lucky and unusual.

About three months ago, I had planned to have lunch with a house-hunting client in a small bistro in the heart of The Hague. We were pressed for time because of our tight schedule. We were tired, thirsty and hungry. Fortunately the bistro was quiet and we felt confident that we had made the right choice. We found a free table and sat down. I twisted round in the direction of the waiter and tried to make eye contact. He was talking to someone. He never looked my way. After 15 minutes I walked over to the bar; clearly he was not going to come and take my order and I would have to place it myself. Immediately the waiter shot me a glare. “Wait,” he said. “I will come and serve you,” but then he shrugged his shoulders and returned to his conversation. Could I not see that he was very busy? After half an hour we gave up, left the bistro and picked up a couple of sandwiches from the Avondwinkel instead.

Why is it that I feel so uncomfortable when I ask a Dutch person for service? Do you, like me, feel like you are intruding?

When it comes down to service, the Dutch are simply niet thuis – not at home. This typically Dutch expression means someone is simply not interested. As a culture, we have no idea what “to be at your service” involves. To any non-Dutch person, it means interest and care for the person who is being served, creating a pleasurable experience. This is challenging for the Dutch. Our egalitarian, Calvinistic way of life seems to prevent us from wanting to please the customer. After all, if we believe that everyone is equal, why should anyone deserve to be treated better than anyone else? Why should the waiter in the bistro leave his conversation in order to attend to a customer? What gives me, the customer, the right to expect such service? Clearly, equality is hard to maintain in such situations. But cultural habits and values run deep and, as a result, Dutch service is a contradiction, an oxymoron. It cannot exist.

But where does this attitude come from? The Dutch are basically eager to help when they are asked. When you address a Dutch person directly they will go out of their way to accommodate your request. Directness, however, is not always appreciated by expats and many non-Dutch feel as uncomfortable about being direct as the Dutch feel about servility. Such culture differences can easily lead to misunderstanding. As a Dutch person myself, let me explain that there is a positive intention behind this directness, namely the urge to be as honest as possible. To the Dutch, honesty is more important than diplomacy and not being honest can be considered an insult.

I remember going to the supermarket when I lived in the States. There was a long queue behind me, but the girl behind the counter was very relaxed. “Hello ma’am, lovely to see you. How are you today?” she asked with a huge smile on her face. I was puzzled and struggled with my answer. I had just arrived and was in the middle of trying to settle in a new country. I did not know this woman, how on earth could I tell her anything about myself? I mumbled a sort of OK and did not dare to look her into the eye. I felt like I was betraying her. When someone also packed my shopping into a paper bag for me, loaded everything into the trolley and wished me a great rest of the day, I felt guilty about being at the receiving end of such a display of kindness from people who did not even know me.

After six years of being spoiled with this type of service, I was plunged back into the Dutch system. My shopping was thrown to one side of the counter, I had to buy my own plastic bag for € 0.20 and pack my shopping into it as fast as I could as people were pushing in the queue and looking at me with ill-disguised impatience because I was taking so long. To a Dutch person, the courtesy that had been shown in the supermarket in the States was perhaps insincere; false flattery. They prefer people, particularly strangers, to be direct and honest.

However, I would like to explain to the Dutch that there is a difference between being direct and honest, and being blunt. Being blunt is not acceptable; it shows a lack of respect – and it is that lack of respect that shows in the lousy service provided in restaurants, hotels, shops and all places where service is required.

After 35 years of working with expats who are looking for a rental home, I have realized one thing. Expats and the Dutch people have to get used to each other and their cultural differences. And when they do this, they will find respect. The direct way of telling it how it is and the need to ask directly for what you want in Holland can feel like a culture shock at first, but the final integration creates deep friendships based on real understanding. With a growing number of around 35,000 expats in The Hague, the chances that they and the Dutch will continue to influence each other are considerable – and there are signs that the locals are trying to change. The Xpat Desk in The Hague, active since 2006, shows newcomers a beautiful promotional film on The Hague and provides expats with a host of information and booklets on all subjects. Service, courtesy and being helpful are their key words and they do everything in their power to be welcoming. Yet this is not enough; a real lasting welcome can only lie in the daily interaction and in a change in the attitude of the Dutch towards customer service. Real courtesy is free of charge and creates a happy environment for all of us.

I wish everyone a warm welcome to The Hague and if I have been too direct or even blunt I do apologize.