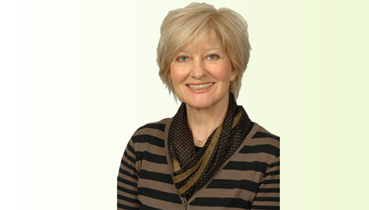 When viewing a rental property, have you ever taken a close look at how safe (or unsafe) it really is? Expats tend to assume that safety regulations are the same all over the world, but Holland unfortunately stands out as rather lax when it comes to home security. 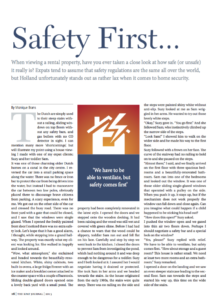 The Dutch are simply used to their steep stairs without a railing, sliding windows on top floors without any safety bars, and gas boilers with no CO detector in sight. I can mention many more ‘shortcomings’, but will illustrate my point using a house viewing I made with one of my expat clients; Suzy and her toddler Sam.

It was one of those charming older Dutch homes on a canal in the city centre. I reversed the car into a small parking space along the water. There was no fence or iron bar to protect the car from being driven into the water, but instead I had to manoeuvre the car between two low poles, obviously placed there to discourage brave citizens from parking. A scary experience, even for me. We got out on the other side of the car and crossed the busy road. ere was no front yard with a gate that could be closed, and I saw that the windows were single glazed. When I opened the freshly painted front door I noticed there was no extra safety lock. Let’s hope that it has a good alarm, I thought, while stepping into a grand hallway. e property was exactly what my client was looking for. She walked in happily and looked around.

“Wow, what atmosphere,” she exclaimed and headed towards the beautifully-renovated kitchen. White, shiny cabinets, two built-in ovens, a large fridge/freezer with an ice maker and a breakfast corner attached to the counter space with a couple of barstools. Sliding double-glazed doors opened onto a lovely back yard with a small pond. The property had been completely renovated in the latest style. I opened the doors and we stepped onto the wooden decking. It had been raining and the wood was still wet and covered with green slime. Before I had had a chance to warn that the wood could be slippery, toddler Sam ran out and fell at on his face. Carefully and step by step we went back to the kitchen. I closed the doors to prevent Sam from investigating the pond, which had nothing around it and was deep enough to be dangerous for a toddler. Suzy and I both looked at it. I assured her I would negotiate having it drained or protected. She took Sam in her arms and we headed towards the stairs. As the house originated from the early 1900s, the stairs were quite steep. ere was no railing on the side and the steps were painted shiny white without anti-slip. Suzy looked at me as Sam wrig- gled in her arms. He wanted to try out those lovely white steps.

“Okay,” Suzy gave in. “You go first.” And she followed Sam, who instinctively climbed up the narrow side of the steps.
“Look Sam!” I showed him to walk on the wider side and he made his way to the first door.

Suzy followed with a frown on her face. The curve of the stairway had no railing to hold on to and she paused on the steps.
“Almost there,” I said, and we finally arrived on the firstfloor with three spacious bedrooms and a beautifully-renovated bathroom. Sam ran into one of the bedrooms and looked out the window. It was one of those older sliding single-glazed windows that operated with a pulley on the side. When you push it up, it stays up, but if the mechanism does not work properly the window can fall down and close again. Can you imagine what could happen if a child happened to be sticking his head out? “How does this open?” Suzy asked.

I pushed the window open and we gazed into thin air two floors down. Perhaps I should negotiate a safety bar and a special lock on the window?

“Yes, please!” Suzy replied with relief. We have to be able to ventilate, but safety comes first. “How about storage and a guest room? This house is rather small. We need at least two more rooms and an extra bathroom.” Suzy remarked.

I opened a door on the landing and we saw an even steeper staircase leading to the second floor. Sam ran towards the steps and started his way up, this time on the wide side of the stairs.

“He is learning fast,” I said with a smile and followed him quickly to make sure he would not fall.

Suzy followed quietly. Upstairs we viewed two spacious bedrooms and a modern shower room, all in perfect condition. Suzy was amazed. She was used to houses that had one floor, possibly an attic mainly for storage – so finding actual living space on three floors was new to her.

“Dutch families do this every day?” She looked at me in surprise. “My husband has size 15 feet. I can’t see him running up en down those narrow steps either.”

“You will get used to it,” I answered. “And the children will be even quicker than you,” I promised. I suddenly remembered Marie, a lady from Malaysia who had hated the stairs when she first came to Holland. When she moved out after four years, I assisted with the check-out and saw her come running down the stairs holding three boxes. Looking at Suzy’s face however, I decided to keep that memory to myself and happily opened the door to an almost vertical stair- case leading to a roof terrace.

“Another floor?” Suzy asked.
I started to go up, but Suzy had no intention of following. “I will wait here,” she said.
I stepped onto a loosely tiled terrace without any border or wall. e view of the skyline of the Hague was breathtaking, but walking over to the end I gazed into the busy street below and felt a little nauseous. I quickly joined Suzy and Sam again, relieved that they had not been with me on that terrace. Time to go down. Sam first, sitting on his bum and letting himself down step by step. No problem at all. Suzy, however, looked down and saw the incredibly steep stairs. Suddenly she felt overwhelmed.

“I can’t go down,” she said.
“We will have to,” I said rmly, but looking at her worried face I was not sure how we were going to cope with this. Meanwhile Sam had landed on the rstfloor and was looking up at us.
“Mommy,” he screamed.
“We will have to go, Suzy. I will go rst. Look, just walk sideways on the steps,” I advised.
She did not move.
“Turn around and go backwards then. I will be right under you and will catch you if you fall.”
Suzy just stood there. She had no other choice than to take the rst step. Slowly we made our way down and arrived safely on the groundfloor.
“Do you still like house?” I asked.
She smiled.
Back in the car I explained that I could certainly negotiate safety issues, but that she would have to get used to the stairs and the canal. The Dutch are used to living around water. There are canals and open ponds everywhere. Dutch parents teach their children to swim at a very early age rather than putting up safety fences. is is a different approach to safety than what expats are used to.
We made our way through the busy trafic to the next house. Cyclists raced past and Suzy remarked that they were not wearing any helmets.
“Is that not mandatory?” she asked in surprise.
“Not yet,” I answered.
We looked at a young woman on a bike with a child on the back and a baby in a child seat on the handlebars. e women was pregnant and happily cycled through the busy tra c of the city centre. Suzy could not stop staring. A couple of teenagers swirled over the road. I tooted, but they were all wearing earphones and obviously did not hear a thing. A young father cycled by with a carrier full of children in front of his bike. The carrier was covered with a kind of tent to protect the kids from getting wet. He was holding an umbrella over his head and was steering the bike with one hand.

When we arrived at the next house, Sam had fallen asleep in his car seat. We woke him up and unstrapped him, ready to face the next hazard of a Dutch rental home. Suzy took him by the hand and stepped into a renovated ground floor apartment without stairs. Relieved, she investigated the yard, without a pond, the smaller semi-open kitchen leading into a living/dining room with a re place, two spacious bedrooms and a smaller study, one full bathroom and a small separate shower for guests. All the windows were double glazed. Sam was running around on the fresh green grass in the fenced backyard. So much for the romance of a house on a canal!